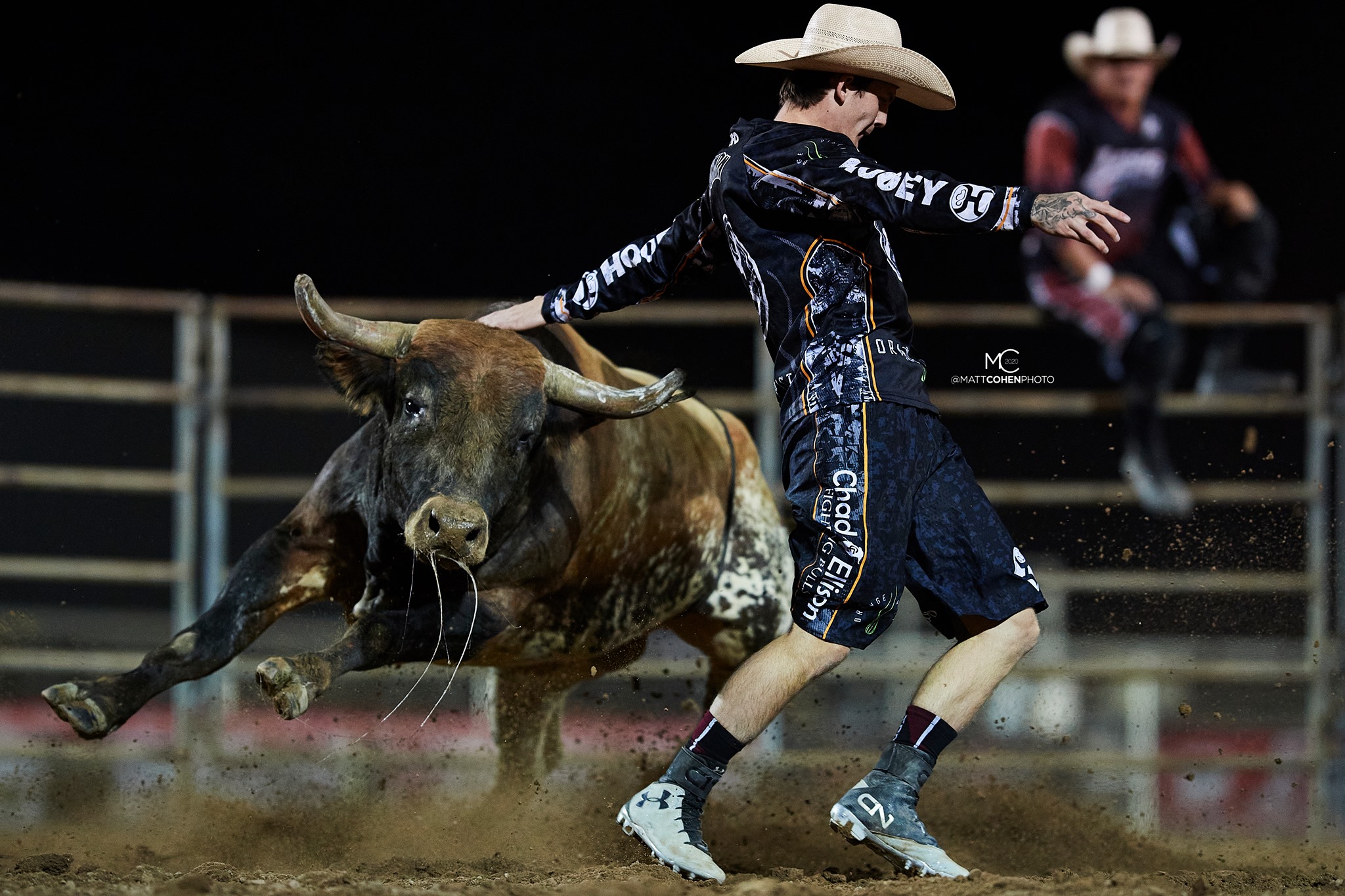 Bullfighters Only (BFO) was created to promote growth, popularity, and acceptance of freestyle bullfighting worldwide. Since its inception, BFO has evolved into a platform that serves to excite the western community, educate both the avid and casual fans, and present the sport to an entirely new audience.

BFO and its members set out to ensure that the direction of freestyle bullfighting is guided by its athletes, and guarantee fans more action-packed entertainment for years to come.

BFO Wrangler Bullfights are the ultimate showdown between man and beast. The bullfighter goes one-on-one against a fighting bull in the open arena. Like the roughstock riding events, freestyle bullfighting is judged on a 100 point scale. Bullfighters can gain up to 50 points for exhibiting style and control while maneuvering around and jumping over the bull. The fighting bull can also gain up to 50 points based on his quickness, aggression, and willingness to stay engaged with the fighter.

The Spanish Fighting Bull is an Iberian heterogeneous cattle population. It is primarily bred free-range on extensive estates in Spain, Portugal, and Latin American Countries where bull fighting is organized. Fighting bulls are selected primarily for a certain combination of aggression, energy, strength, and stamina.

The fighting bull is characterized by its aggressive behavior, especially when solitary or unable to flee. Many are colored black or dark brown, but other colorations are normal. They reach maturity slower than meat breeds as they were not selected to be heavy, having instead a well-muscled “athletic” look, with a prominent morillo, a complex of muscles over the shoulder and neck which gives the bull its distinctive profile and strength with its horns. The horns are longer than in most other breeds and are present in both males and females. Mature fighting bulls weigh from 1,100-1,600 pounds.

2020 BFO Freestyle Bullfighting is sponsored by: