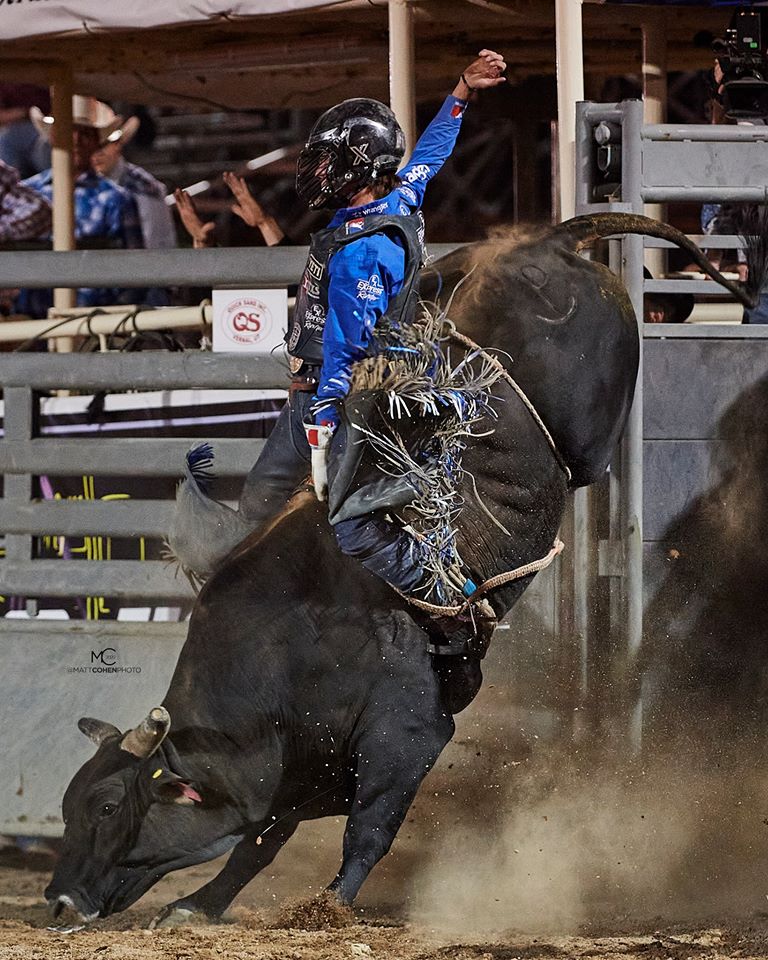 One 2,000 pound animal paired against one 150 pound man ensures an adrenaline rush for those brave enough to climb in the chutes. To stay on, the rider grasps a flat braided rope or “bull rope” which is wrapped around the bull’s chest just behind its front legs. One end of the bull rope, called the “tail”, is threaded through the loop on the other end and fastened around the animal. The rider then wraps the tail around his hand holding the rope, sometimes weaving it through his fingers to further secure his grip.

When the chute gate opens riders must stay on for eight seconds, while a twisting, bucking mass of muscle tries anything to buck them off. If the contestant makes contact with the animal or themselves with their free hand, they receive no score. Points are based on rider’s ability to stay on, as well as the bull’s bucking action. Extra points are awarded to those who are controlled enough to spur their bull with one or both of their dulled spurs. A high-scoring ride is in the high 80s or 90s out of a possible 100.

This year’s Bull Riding is sponsored by: